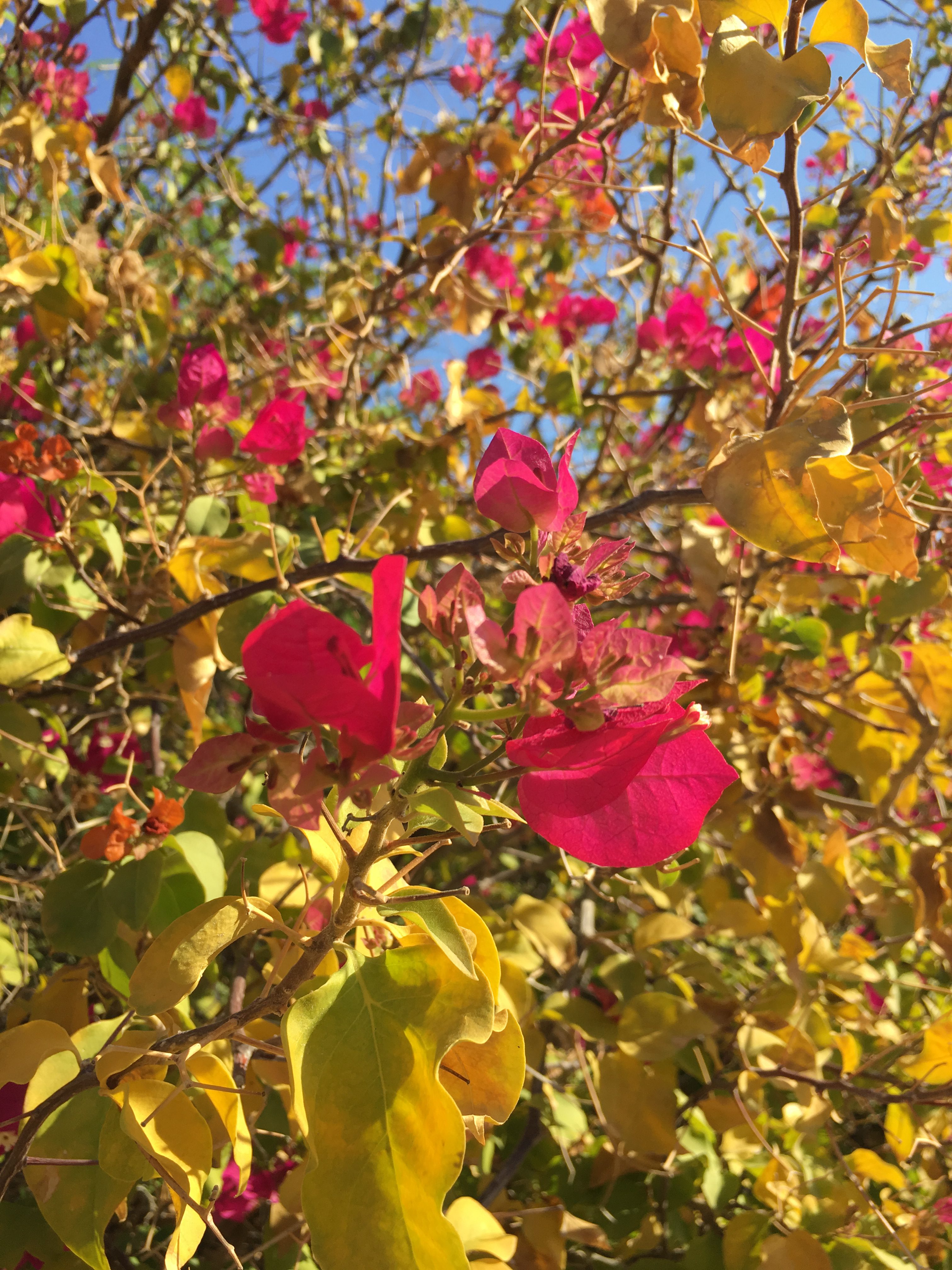 It must be hot in Oman by now,
the sky scalding blue, cars ovens at
noon, and molten seas of glass.

But the bougainvillea are still blazing and the gulmohurs too. The sea soup boils
on the sand but for a while
for the sun will soon vanish and the moon fatly bloom in the sky.

The neem tree outside my houses, whose roots rumple the concrete, its flower-breath will stubbornly
perfume the air,
like mysteries emerging from
cool caves of rocks
where they were asleep the entire day,
to play with the stars and thumb-small croaking frogs and the fugitive bat, which
parabolas through the early a.m. cool,
fleeing from the mauve desert beyond.

Priyanka Sacheti is a writer based in Bangalore, India. Priyanka previously lived in Sultanate of Oman, United Kingdom, and United States. She has been published in numerous publications with a special focus on art, gender, diaspora, and identity and is presently an editor at Mashallah News. Her literary work has appeared in Barren, Berfrois, The Lunchticket, and Jaggery Lit and two of her short stories were featured in international anthologies. She’s currently working on a poetry collection. An avid amateur photographer, she explores the intersection of her writing and photography at Instagram: @iamjustavisualperson. She tweets @priyankasacheti1.